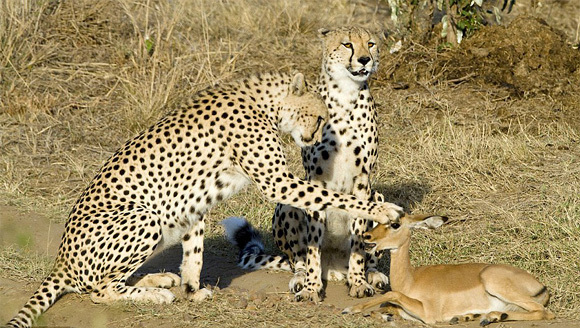 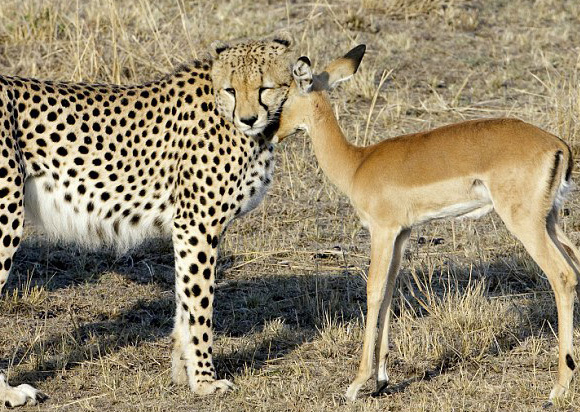 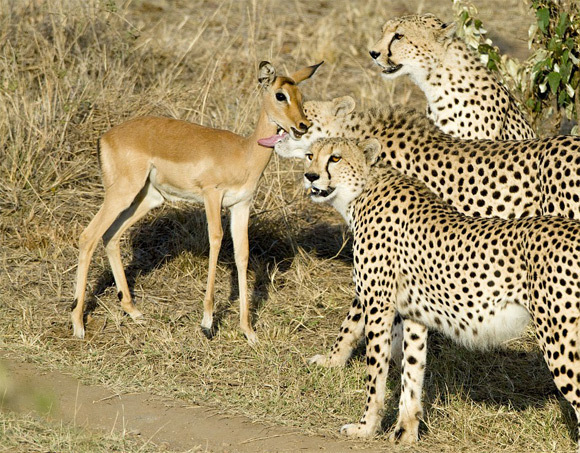 Photographer Michel Denis-Huot, who captured these amazing pictures on safari in Kenya's Masai Mara in October last year, said he was astounded by what he saw. Cheetahs play with little Impala. 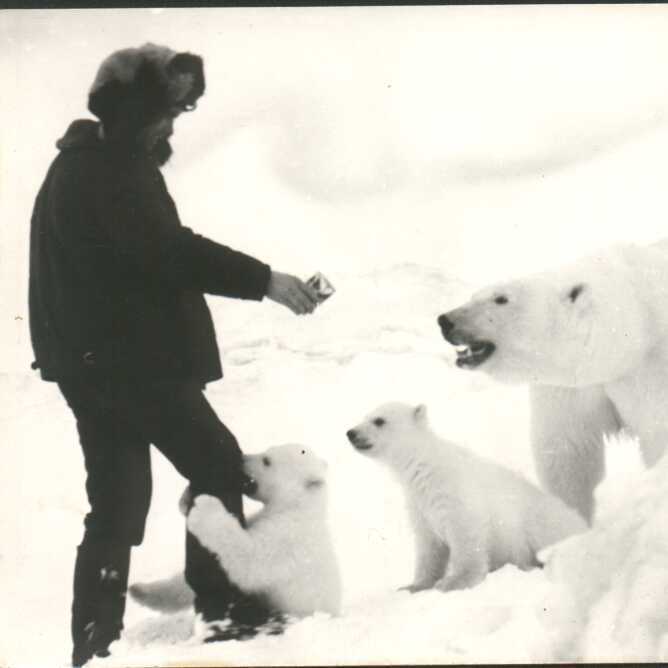